Dr Gemma Newman has worked in medicine for 16 years and is the Senior Partner at a family medical practice where she has worked for 11 years. She studied at the University of Wales College of Medicine and has worked in many specialities as a doctor including elderly care, endocrinology, paediatrics, obstetrics and gynaecology, psychiatry, general surgery, urology, vascular surgery, rehabilitation medicine and General Practice. She gained additional qualifications in gynaecology and family planning. She is a graduate of the AFMCP course, and is a member of BSLM.

Dr Newman has a specialist interest in holistic health, plant based nutrition and lifestyle medicine. In her practice she has come to understand that body, mind and soul are not separate, and that it is only in addressing the root causes of stress and disconnection that we can truly heal, from the inside out.

She is passionate about the study of psychology and meditation, and uses techniques she has learned to help her patients change their mindset to facilitate healing. She is also interested in the field of energetic healing, and is a qualified Jikiden Reiki practitioner having studied this as well as Western style Reiki for the purposes of pain relief.

She gives holistic health, nutrition and lifestyle advice to her patients, who have gained tremendous results using the power of their plate. She is regularly invited to teach other doctors and the general public via training programmes, podcasts and conferences about the benefits of plant-based nutrition.

Another passion of hers includes the promotion of no-till regenerative agricultural techniques in order to bring health back to our soil and our farming systems, so as to allow healing of the ecosystems that sustain human life. Planetary health is inextricably linked to human health, and she has spoken on this topic to other health care professionals at a debate at Imperial College as well as during the Extinction Rebellion events.

As a broadcaster and writer she has been featured on ITV, Channel 4, Channel 5 and Sky News Sunrise. She has contributed to articles for magazines including Glamour, Zest and Health magazine. She has spoken on many podcasts including The Rich Roll Podcast and the Deliciously Ella podcast, and is passionate about healing of mind, body and planet.

Have you ever wondered whether you had control over your health destiny?

When you go to the doctor, do you hope that they can fix you? Or perhaps you are the opposite, and you instinctively mistrust medics, drugs and all that modern medicine represents? My name is Gemma. I studied to become a doctor. Why? I felt called to help people feel better, I like to listen and I like to know what really makes people tick. I became a doctor for all these reasons. And I love being a family physician. Always have, always will. There’s something special about the connection you build with the person in front of you, the shared journey to health and the impact of being able to save lives in slow motion. But after a few years of practice I began to realise that the tidal wave of chronic diseases we are facing was not improving. If anything, the storms were gathering at a faster pace than ever before.

Archbishop Desmond Tutu is quoted as having said; ‘“There comes a point where we need to stop just pulling people out of the river. We need to go upstream and find out why they’re falling in.” This quote resonated with me so much because for a long time I felt that every day whilst at work, I was pulling my patients out of the river, or at least trying to. I am a busy GP Partner with nearly 3000 patients and over the last 15 years of practice I have spent a lot of my time offering an arm to grab onto, but often being unable to pull people out. What do I really want to do? I want to meet them at a tributary and help them avoid the slippery slope, the one leading to the water’s edge of disease. I also want to be able to help them jump clean out of the river, walk with them upstream, and perhaps help them find their own path to wellness that involves empowerment and autonomy.

But where to start? Let me tell you a little bit about me. There I was, having graduated as a young doctor, yet struggling to lose weight and neglecting my own health. I loved all the kinds of foods that didn’t love me back – chips, steak, chocolate and cheese to name a few! I didn’t feel ill, so what was the harm? Late nights studying took their toll too, as well as a chronic lack of exercise. The result? I was overweight, bordering on clinically obese, I had a high blood pressure and I felt hypocritical. I was about to be in a position where people would ask me for tips to get well, lose weight or improve their lifestyle and I was not walking the talk. Have you ever tried a weight loss diet? If you’re female, 95% of you have worried about your weight at some point, and if you’re male 83% of you have, according to Global Market Research Company Mintel.

So – I tried low carb – like most people I had bought into the background hum of ‘cut the carbs’ and all sugar is bad. I had also read some research around intermittent fasting. I began calorie counting, carb restriction and did an hour of exercise every day – I found myself going from a size 18 to a size 8. Feeling pretty smug I checked my blood profile and found my lipid panel was raised. I knew that having a raised cholesterol and LDL were both markers suggesting a tendency to heart disease. In my 20s, at my physical prime I didn’t think there was much I could do apart from accept my fate – my grandfather had been a fit man who died suddenly while playing tennis at 60, and at that time my father was still with us, but was also destined to die suddenly of a heart attack – even younger at age 59.

I was offered a book deal to ‘tell my story’ and ‘share my weight loss secrets’. I couldn’t do it. I wasn’t a nutrition expert, and even though I looked healthy on the outside, my lipid profile told a different story. I wanted to be able to share an opinion based on research as well as personal experience. So I turned it down.

Fast forward by almost ten years and my husband is training for the London Marathon. But he has to stop every few days because each time he attempts to train, he gets a swollen foot, ankle or knee, which prevent his progress. Frustrated, he turns to fitness books for tips and inspiration. He looks for Ultra Athletes to find out what they did. If they can run 100 miles at a time, surely they’d have some good advice? So he read Rich Roll’s inspirational book, Finding Ultra. Here was a self-confessed lawyer and couch potato who developed chest pain and breathlessness walking up the stairs aged 40. Deciding to turn his life around, he adopted a rigorous training schedule and a plant based diet and became the fastest American to complete the Ultraman World Championships in Hawaii. Having read this inspirational story, along with books by Brendan Brazier (who helped the Williams sisters reclaim tennis victory and helped Hugh Jackman bulk up for his role as Wolverine) and Scott Jurek, arguably the greatest Ultra Runner of all time, my husband announced that he was going to start a vegan whole foods plant based diet.

I was shocked, irritated and sceptical. Where would he get his protein from? Won’t there be nutritional deficiencies? We will never be invited to friend’s houses for dinner ever again! How would I feed my family? These were my fears, not necessarily in that order…! My husband was undeterred and he ended up running his next marathon an incredible one hour and ten minutes faster than his previous time. He got my attention.

So I researched. I started with the books he had read, then I moved on to books by doctors and nutritionists, then I began to research original journal articles. The more I read, the more I realised there was to read. I read all the research on low carb diets. I read the research around ketogenic diets, the research around weight loss maintenance with other methods of caloric restriction, diets for diabetes, the causes of insulin resistance, research around circadian rhythm and stress….the list goes on…. I had been passionate about researching lifestyle medicine and how changes in stress, sleep, exercise and diet could improve health for a long time – but nothing was to prepare me for the powerful transformations that were possible when people embraced a whole food plant based diet.

I discovered that a whole foods plant based approach to eating had the benefits of not only faster recovery times for athletes, but also reduced inflammation from oxidative stress, and had the potential to improve or reverse 14 of the top 15 causes of death in the Western World. There were intervention studies showing heart disease reversal with plant based approaches. There were epidemiological studies showing plant based populations live longer. There were studies by cellular biologists showing excess proteins reduced longevity on a cellular level. I began to feel duped and embarrassed. How had I not known this? My initial research fuelled a passion that has never left me. I am always open to new research, and I don’t claim to have all the answers. But for those of you seeking to improve your health, I suggest that based on the totality of evidence at hand, eating more plants is a brilliant place to start.

Perhaps you have MS, heart disease, kidney disease or cancer, and are hoping to fuel your body to ease symptoms or improve your outcomes? Maybe you are an ethical vegan who has widened your circle of compassion to include all animals and not just pets? Are you concerned at the rate of species extinction, land mass degradation and ocean destruction we face, and want to be a part of limiting climate change for our children? Or maybe you just want to bulk up, get shredded and not die of a heart attack while lifting weights! I think a whole foods plant based lifestyle will have benefits for every single one of you – to allow you to maintain your values and the things that matter most to you, whilst optimising your physical health at the same time. But whatever your reasons may be, and whatever your background, you are welcome here. All are welcome here.

I made this website as a place to provide resources, information or further sources of reading for those of you passionate to try something new – for yourself, for the planet or for the animals you respect. This website will share blog posts, podcasts, videos, articles and much more. The themes will be around plant based nutrition of course, but will also encompass all aspects of wellness – including the importance of finding purpose and meaning in life, getting a good night’s sleep, staying active, relaxing and much much more!

Remember you can take back control of your health journey – whatever wellbeing means for you, in the stage of life that you are in right now. Here are some tools to help you along that journey. 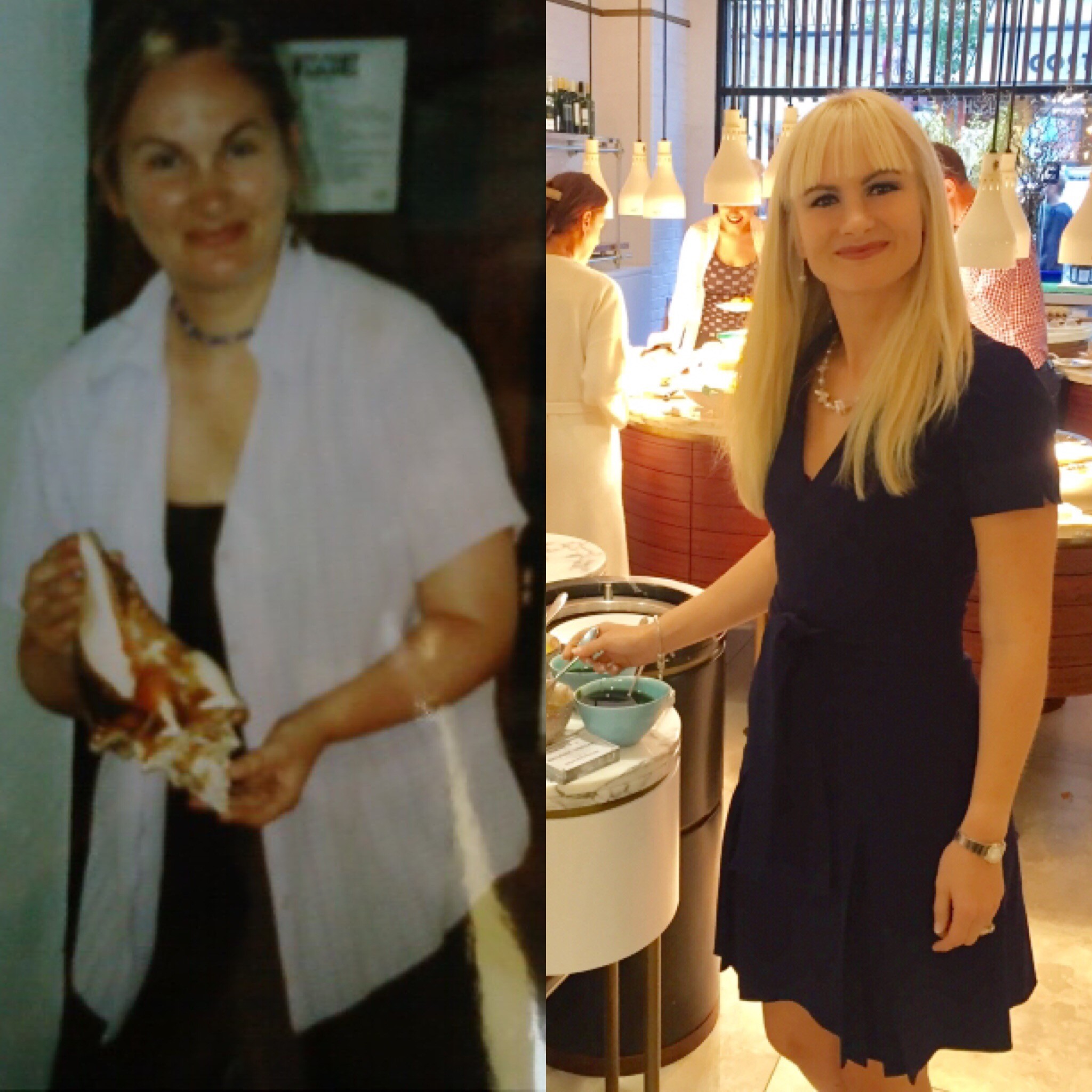